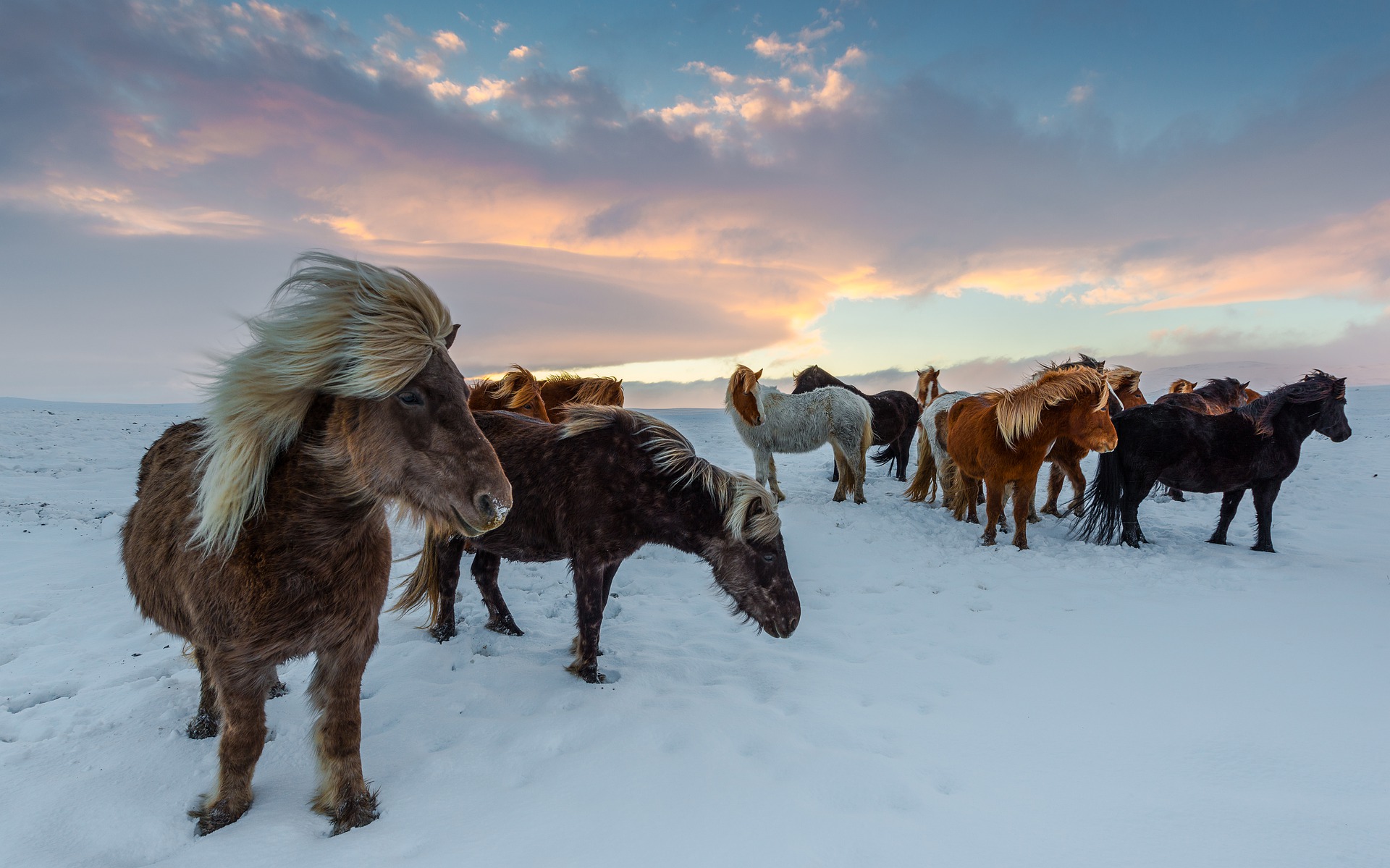 The settlers brought horses with them to Iceland. Considering the value of horses for transportation as well as the long journey over the Atlantic Ocean on small ships, it is likely that the settlers picked strong and sturdy individuals to fund their future herds. Very few horses were imported after the settlement. The closest relatives seem to be the Norwegian Fjord, the Faroe Island horse and the Shetland pony.

The population had to survive harsh weather conditions and in most cases rely on very limited grazing during winters. These living conditions formed the physiology of the horse. Small horses with relatively large bodies that were able to consume of fodder during short summers and gain weight fast before winter were more likely to survive.

The Farmers Association of Iceland (FAIC) is responsible for the breeding work and sets the official breeding goals covering both condition traits and riding ability. Currently, there are assumed to be around 75,000 horses in Iceland and the sum of all horses of Icelandic origin abroad is likely to approach the same number. An international recording system and a database is operated by FAIC (http://www.worldfengur.com/) where horses of the Icelandic breed are registered worldwide. In WorldFengur you can find comprehensive information on around 300.000 Icelandic horses all around the world such as pedigree, offspring, pictures, assessments, owners, breeders, BLUP, colours, microchips and more. Also you can find about 5.000 pictures of breeding horses.

Horse breeding is a big industry in Iceland today and practiced by a large proportion of the population for both pleasure and pay. Well bred animals with high breeding scores are highly priced and tournaments and breeding shows are popular events among many people.

The qualities of Icelandic horses are in many aspects a unique asset and the population is valued both in Iceland and abroad. Although effective population size has decreased in recent decades, the breed is not considered in any danger with respect to sustainability.