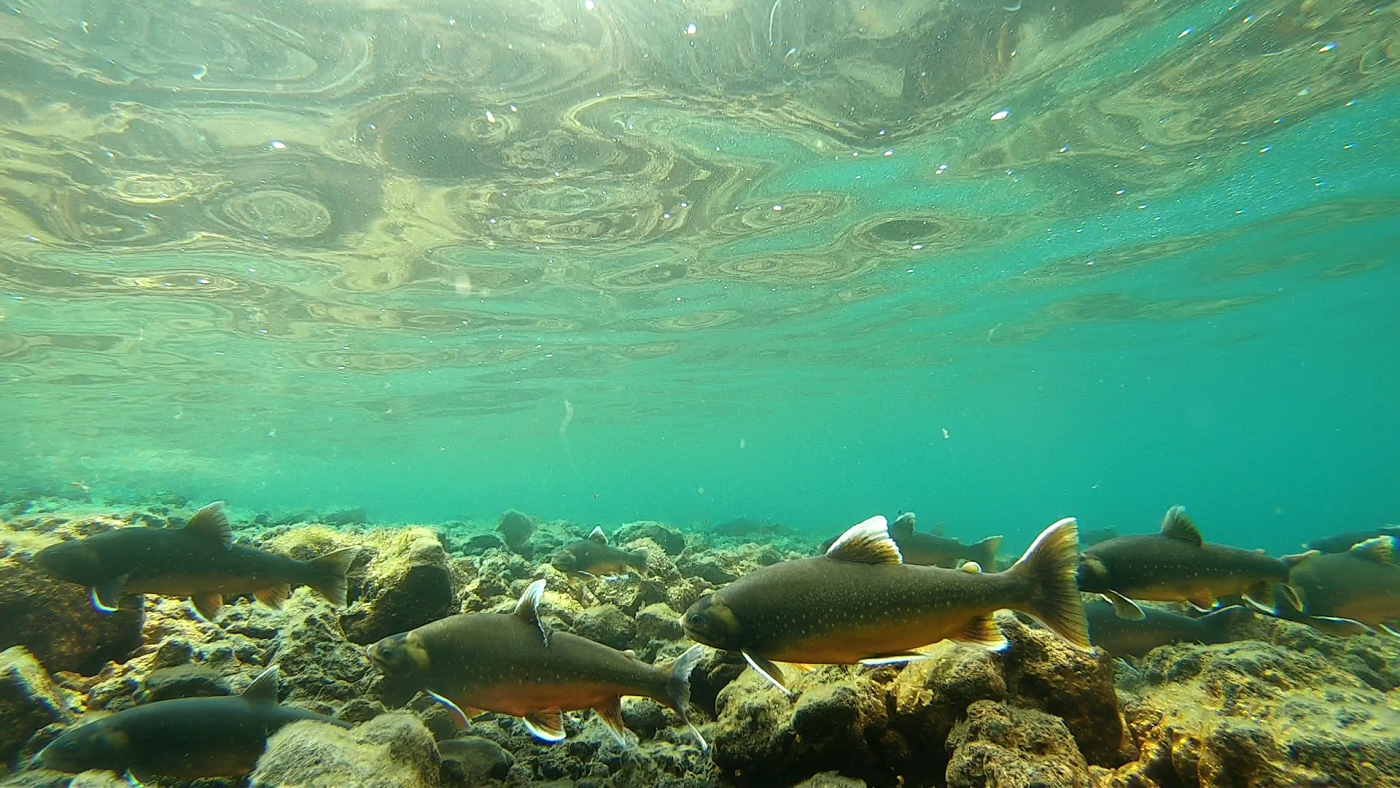 Of these species, salmon has the highest economic value. All of the above populations have to, or can, travel between fresh water and the sea at some point during their life cycle. Studies on eel in Iceland show that besides the European eel (A. anguilla) a blending of European and American eel (A. rostrata) can be found in Iceland. Hybridization occurs between generations and these hybrids have not been found elsewhere in the world putting the Icelandic eel in a unique position.

Freshwater fish species in Iceland are few but occupy many different habitats. There are many different sub-populations that in some cases have developed different phenotypic characters; such as is the case for e.g. the Arctic charr.

Fishing rights go with the ownership of the land adjacent to the rivers. The landowners are usually farmers. All the landowners of the fishing rights in a river system are obliged by law to form a fishery association, which manages the exploitation, within the frame set by Act 61/2006. In earlier centuries, freshwater fishes were a part of the local food. Today, fishing by rod in rivers and lakes is a popular activity and has become a significant part of the tourist industry.

There are over 1,600 lakes in Iceland (definition of the lake: area more than 0.1 km²) and populations of trout and charr are to be found in most of them. Rivers, where salmon can be found, are approximately 110-120, some of which also inhabit populations of charr and trout. Rivers with only charr populations are many, but the exact number is unclear.

Generally, freshwater fish populations in Iceland are in a good state according to size measurements based on catching registration. The life cycles of these populations are the result of a long time development between the environment and the respective population. Therefore, any changes in the environment of those fishes can be damaging for individual populations or the species as a whole. Equally important is the sustainability of fishing, as set by law.

In the last decades, the influence of big power plants and mining on local habitats of the Icelandic freshwater fishes has been of major concern. For the future of freshwater fish populations, it is of great importance that the utilization is sustainable and that selection is according to Act 61/2006. It is important to increase research and knowledge on the influence of utilization based on genetic characteristics of the populations and if selection by catching has an influence.

Iceland is a member of two international organizations of relevance to freshwater fish. The International Council for the Exploration of the Sea (ICES) coordinates and promotes marine research on oceanography, the marine environment, the marine ecosystem, and on living marine resources in the North Atlantic. The North Atlantic Salmon Conservation Organization (NASCO) has as the main objective to conserve, restore, enhance and rationally manage wild Atlantic salmon.

In the last forty years, several attempts to culture freshwater fish were made in Iceland. However, most of them did not succeed. Until recently, salmon was the main fish species being cultured, but today the artic charr is a more common species and salmon aquaculture is coming to a complete stop. Currently, the annual production of cultured artic charr is considered to reach around 1,000 kg.

Laws have been set in order to minimize the effects of cultured fish populations on wild species. The import of fish species to Iceland is subject to strict conditions and falls under the Act on Animal Import 54/1990. The risk of importing unknown, cold water fish species might endanger the species present.