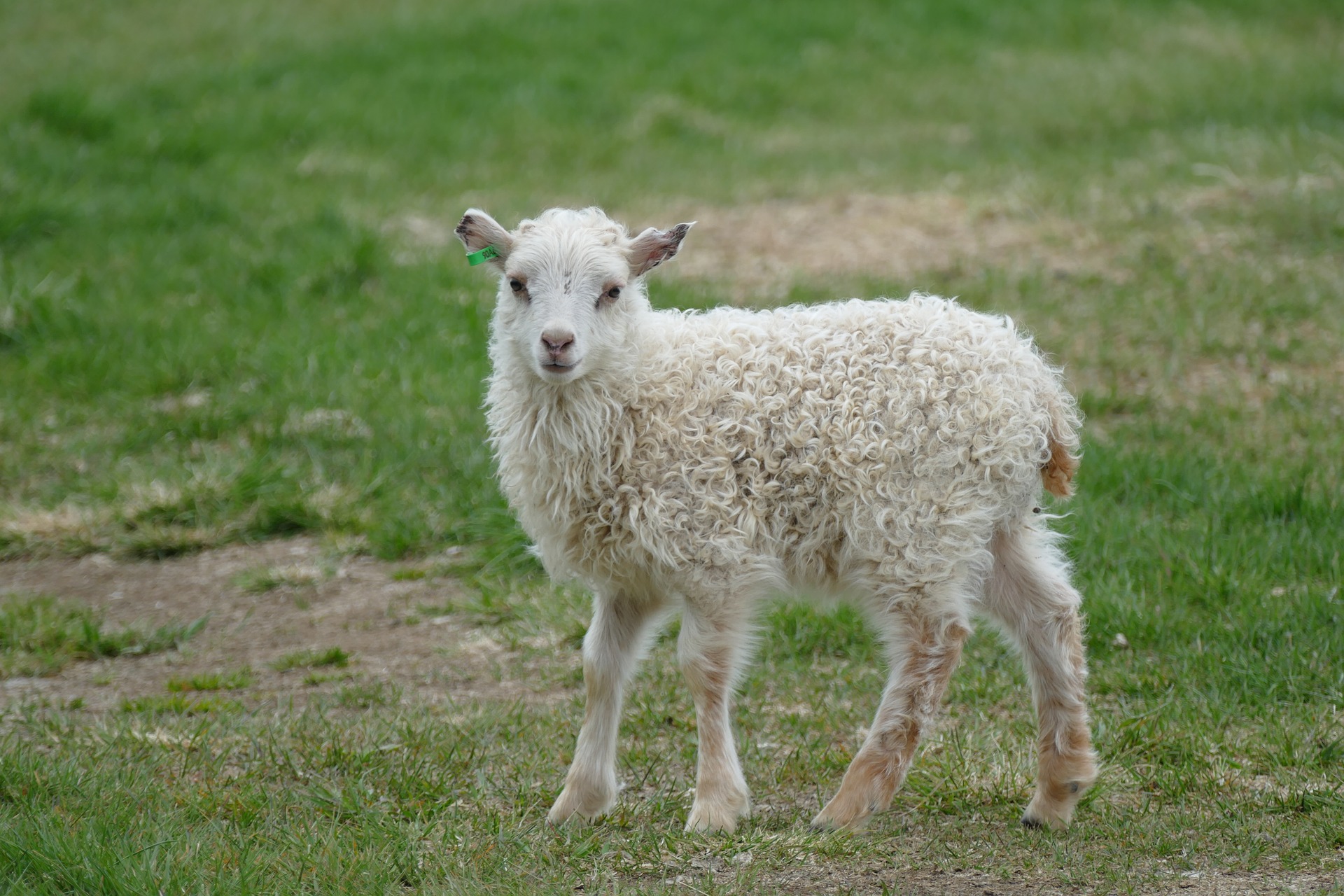 The Icelandic sheep can be traced back to the settlement period. It is one of the sheep breeds that belong to the north European short-tailed sheep and therefore of a similar origin as native breeds in Scandinavia. The sheep originally introduced into the country must then have mixed together as time passed, founding the current breed.
The breeding work has placed limited emphasis on appearance traits, such as colour and horns, so the Icelandic sheep stock show a great variation of such traits. However, the population splits into two phenotypically different groups, horned and polled, in the proportions 70% to 30%, respectively. The breed is known for high twinning rate or 80% of lambings; the average litter size is slightly above 1.8. A gene causing increased litter size has been found in the population, ewes that carry the gene are know to have up to six lambs.
Temporary breeding lines have appeared within the breed. Of particular note are leadersheep, which has been bred as a separate line within the breed. These sheep have long been known for their special leadership characteristics, an unusual ability to find their way and greater intelligence than other sheep. Leadersheep have recently been defined as a seperated breed.

The aim of the breeding programmes has always been to combine positive features in the stock with regard to all important traits. This has led to breeding objectives in the stock being rather broad in scope. The primary emphasis, however, has been on traits relating to the production of lamb, i.e. fertility, conformation, growth capacity and the milk production of the ewes. Selection for carcass quality has changed the conformation of the sheep markedly through recent decades. Emphasis on wool traits has been much more variable. Pelt production was also, for a time, an important aspect. Organised breeding programmes began early in the 20th century when coordinated judging of mature rams was introduced at ram shows. Judgement of live sheep has always been an important aspect of the implementation of the breeding programme. In recent years these judgements have almost exclusively been directed at lambs as an aid in selection of replacement animals, rather than mature sheep. Organised keeping of performance records began just before 1940 and by the middle of the century its scope was already substantial. In recent years over 90% of all sheep in Iceland are recorded and all available records are kept in an internet based database, FJÁRVÍS. The database includes information of animal pedigrees as well as data on animal performance and flock management.

Breeding values for the most important traits are assessed for recorded sheep and these results are extensively used in selecting replacements and BLUP evaluation has been used since around year 2000. The Farmers’ Association of Iceland is officially responsible for the breeding work.
Several attempts were made to import foreign sheep breeds in order to improve the local breed. Those attempts did not have any permanent effects since serious diseases were brought in by the imported animals and in large areas, all sheep were culled as an attempt to eliminate the diseases. The last recorded import of foreign genetic material was in 1945.
Artificial insemination has become a popular breeding method for the Icelandic sheep in later years. In order to eliminate diseases, transportation of living sheep between different parts of the country is prohibited in most cases placing certain strains on farmers seeking breeding stock.
However, the use of home rams is the most common way of breeding and usually only a very small proportion of each flock is artificially inseminated.

The Icelandic sheep is a unique breed and important as such for meat and wool production as well as possessing a historical value. The size of the population is large enough for further progress in the breeding work. Given this and the fact that import of exotic breeds is not likely to be accepted, the Icelandic sheep is not considered at risk as a sustainable population. The monitoring of inbreeding is of course always an important matter.